Shear strength is defined as the maximum resistance that a material can withstand when subjected to shearing, and the direct shear test is an experimental procedure that is used to determine the shear strength of soil materials. It is one of the simplest, most common, quickest, and inexpensive tests implemented to derive the strength of a soil. It can be carried out on undisturbed or remolded samples and is often used when a quick and rough estimate is needed.  It cannot, however, provide the actual scenario of the shear strength of a soil sample because the failure plane is forced to occur at the predetermined joint in the shear box, which may not be the weakest plate. Consequently, triaxial tests, rather than direct shear tests, are often performed for important projects where the accurate estimation of shear strength parameters is important.

Estimation of shear strength is needed for engineering situations such as assessing the stability of slopes or cuts, finding the bearing capacity of foundations, and determining the earth pressure exerted by a soil on a retaining wall.

The objective of this experiment is

A PowerPoint presentation is created to understand the background and method of this experiment.

A short video is executed to demonstrate the experiment procedure and sample calculation. 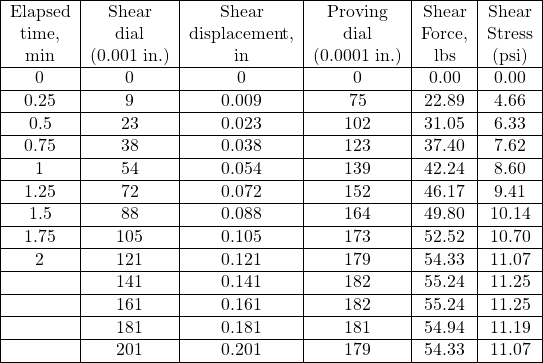 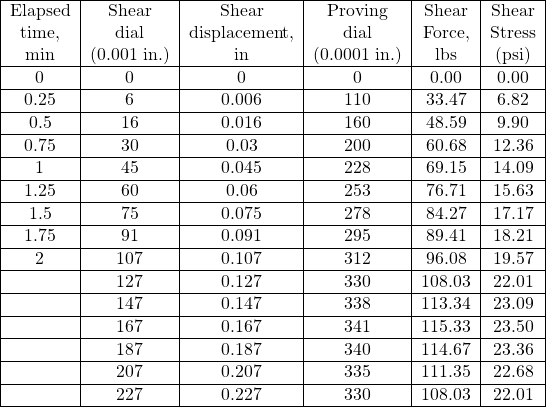 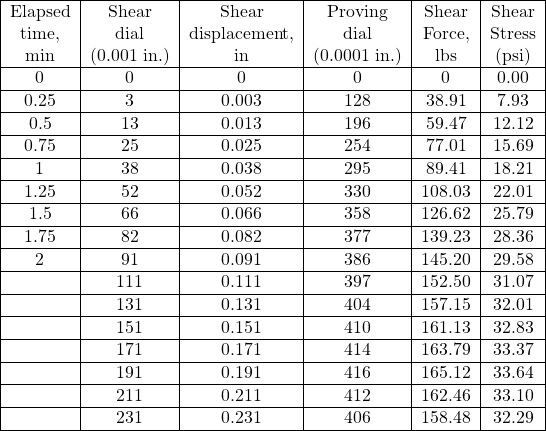 Use the template provided to prepare your lab report for this experiment. Your report should include the following: