As we have mentioned, effective teamwork has many benefits. However, most of the work in teams is done by followers, and thus followership is vital to developing a strong team. According to Howell and Mendez (2008), there are three sets of tips for being an effective follower and thus an effective team member:

Followership as an interactive role 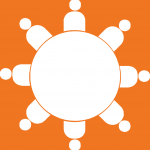 Followership as an independent role 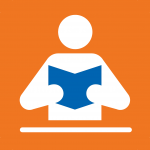 Followership as an independent role reflects a trend for followers to act independently of their leaders as a leader substitute. When leadership substitutes exist, leaders can focus on other tasks that often go unattended, such as follower development, advocacy, and obtaining resources. Those who want to lead are well served by first endeavoring to follow. As a leader substitute you should:

Followership as a shifting role

The role an individual takes in a team-based structure is often temporal and dependent on the requirements of a particular project or task. The same logic applies to student project teams. For example, leaders can emerge during the teamwork process, rather than have a professor appoint them. You may even be a follower at the beginning and find yourself taking a leadership position later in the project. Therefore, we recommend that you: