Choosing a Topic to Research

Students often struggle to choose their topics of study or interest and therefore do not know where to start when it comes to the work of a history class. Here are some points to consider:

The most important element in choosing a topic for an undergraduate history class is to make sure that you can remain interested in the topic. Start by listing subjects, time periods, scenarios that interest you. Then consider whether or not you might want to focus on an individual, a singular event, a movement that crossed several eras, or some other aspect of the past. You might also consider what kinds of sources interest you—personal correspondence or diaries? Political speeches? Videos? Scientific treatises? Maps? Advertisements? Some of the best research papers focus on a narrow range of sources, but because they are examined within a new framework, or particularly in-depth, they yield fascinating new analyses.

For those with access to UTA’s databases, you can “map” terms that interest you on Gale Virtual Reference library and see related terms for entries in GVRL’s resources. For example, if you put in “pandemic” and “history” you get citations to a number of related individuals and events of previous pandemics in global history. See this link to Gale Virtural Resource Library and click on “Topic Finder” at top of page. https://login.ezproxy.uta.edu/login?url=https://go.gale.com/ps/start.do?p=GVRL&u=txshracd2597 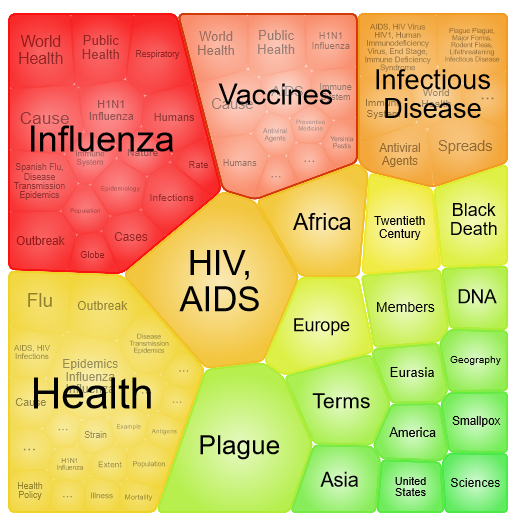 The second most important element is to ascertain whether you can access the sources necessary to answer your research question. Are primary sources available? Do you know—or can you find—some of the secondary resources, that is, the historians who have preceded you and have written about the topic? [See Locating Sources] You may be particularly interested in ancient or medieval history, or the history of an indigenous people far removed from the United States. Unfortunately, the older the primary source or the further removed from the US experience it is, the less likely it is to be accessible to a public university student. Sometimes you can find a unique digitized or published set of primary sources but counting on such a find is risky. You might, however, be able to find contemporary sources on the representation of your topic—say nineteenth-century “gentlemen archaeologists” who studied those distant peoples, or twentieth-century newspaper or magazine articles that discussed an ancient find—thus allowing you to at least see how others from a more modern era have portrayed those times or individuals that interest you. Remaining flexible and creative when honing your topic is key.

Occasionally, a professor will direct students toward specific topics or otherwise offer parameters. In this instance, make sure you understand the scope, or timeline/focus, of your topic. Is your instructor looking to see if you can analyze change over a broad swath of time—centuries—or (more likely) to explain the motivations of an individual or what happened at a specific point in time? What sort of allowances will your instructor make for your own take on the topic? Does your instructor have in mind a particular sort of primary source analysis, such as considering maps or the artifacts of popular culture? Even with assigned topics, you should be able to find a research question that will interest you and be accessible to you with a bit of creativity.

Narrowing down your Research Question

Once you have chosen your topic or subject, it is time to frame your project by asking the right Historical Questions. Questions form the backbone of historical analysis and direct the historian as they complete the research portion of the assignment. By developing a proper set of questions, historians can set effective and efficient parameters on their research as they begin to study their accumulated evidence. For example: What role did women play in the American Revolution? This question defines both the subject matter of the research (women) and the time period (American Revolution) while also directing our reading of the documents. We are now going to look for women who played active roles during the war, as well as the impact of those actions. But it would be wise to narrow your topic further still if you only have a semester in which to produce your paper. You might do so by place or time. What role did women in Massachusetts play during the opening years of the Revolution? Or what was the contribution of a particular woman—say for example how did Mercy Otis Warren affect the development of Revolutionary politics of Colonial Massachusetts?

You’ll notice by this last question that the historical question you ask should define the scope of your research in such a way that you will be able to isolate your subject quite a bit. Though you started with a broad interest—women in the American Revolution—your research question has allowed you to focus on a person who left sources, and a problem that needs answering—what did Warren do in the context of her own community in the years leading up to the American Revolution? For the most part, undergraduate students of history tend to attempt subjects that are too broad for fear that they will not be able to “fill up ten pages” (or twenty or five) unless they aim broadly. But this assumption sets them up for failure, in that trying to tackle a large question, well-trodden by other historians, they are unable to demonstrate the primary source analysis skills that their professors most want to see. Although you should consult closely with your instructor, the best rule of thumb is to narrow your topic into a question that has specificity by time, place, and primary source collections.

Don’t worry though. Most research topics lend themselves to multiple historical questions, any one of which would make a decent research paper for an undergraduate student. By answering these with proper analysis of evidence historians are capable of crafting well-supported arguments and conclusions.

Recapping: How to make sure you find a topic for your paper that works

1. Be curious about a topic for which there exists primary sources –either in a local archive, in published primary sources, or a digital collection. What would you like to know? Brainstorm with many questions. Perhaps you might start with:

2. Choose the best answerable problem from these questions. This involves narrowing the question, so that rather than asking about motivations generally, your research question might be “Why did x act as she did during the debate over the initial passage of this legislation?” OR “What were three major concerns for y when he was involved in that on-going trend?” Some suggestions for narrowing include:

3. Draft an argument or hypothesis based on that question, and make sure it’s grounded in an historical context (that is, not a trans-historical “people are like this” explanation). For example,

How History is Made: A Student’s Guide to Reading, Writing, and Thinking in the Discipline by Stephanie Cole; Kimberly Breuer; Scott W. Palmer; and Brandon Blakeslee is licensed under a Creative Commons Attribution-NonCommercial-ShareAlike 4.0 International License, except where otherwise noted.