Action research is defined as research that is conducted for the purpose of creating social change. When conducting action research, scholars collaborate with community stakeholders at all stages of the research process with the aim of producing results that will be usable in the community and by scientists. Stakeholders are individuals or groups who have an interest in the outcome of your study. Social workers who engage in action research never just go it alone; instead, they collaborate with the people who are affected by the research at each stage in the process. In action research, stakeholders, particularly those with the least power, are consulted on the purpose of the research project, research questions, design, and reporting of results. 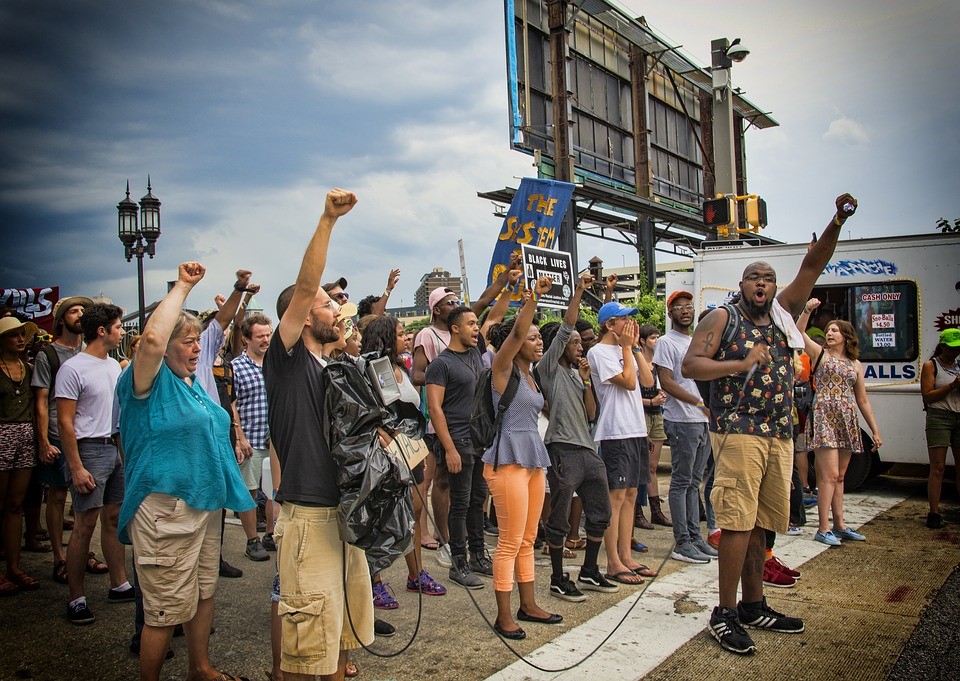 Action research also distinguishes itself from other research in that its purpose is to create change on an individual and community level. Kristin Esterberg (2002) puts it quite eloquently when she says, “At heart, all action researchers are concerned that research not simply contribute to knowledge but also lead to positive changes in people’s lives” (p. 137).  As you might imagine, action research is consistent with the assumptions of the critical paradigm, which focuses on liberating people from oppressive structures. Action research has multiple origins across the globe, including Kurt Lewin’s psychological experiments in the United States and Paulo Friere’s literacy and education programs (Adelman, 1993; Reason, 1994). Over the years, action research has become increasingly popular among scholars who wish for their work to have tangible outcomes that benefit the groups they study.

Action research does not bring any new methodological tricks or terms, but it uses the processes of science in a different way from traditional research. What topics are important to study in a neighborhood or with a target population? A traditional scientist might look at the literature or use their practice wisdom to formulate a research question. An action researcher, on the other hand, would consult with the target population itself to see what they thought were the most pressing issues and best solutions. In this way, action research flips traditional research on its head. Scientists are more like consultants who provide the tools and resources necessary for a target population to achieve their goals and address social problems.

According to Healy (2001), the assumptions of participatory-action research are that (a) oppression is caused by macro-level structures such as patriarchy and capitalism; (b) research should expose and confront the powerful; (c) researcher and participant relationships should be equal, with equitable distribution of research tasks and roles; and (d) research should result in consciousness-raising and collective action. Coherent with social work values, action research supports the self-determination of oppressed groups and privileges their voice and understanding through the conceptualization, design, data collection, data analysis, and dissemination processes of research.

There are many excellent examples of action research. Some of them focus solely on arriving at useful outcomes for the communities upon which and with whom research is conducted. Other action research projects result in some new knowledge that has a practical application and purpose in addition to the creation of knowledge for basic scientific purposes.

One example of action research can be seen in Fred Piercy and colleagues’ (Piercy, Franz, Donaldson, & Richard, 2011) work with farmers in Virginia, Tennessee, and Louisiana. Together with farmers in these states, the researchers conducted focus groups to understand how farmers learn new information about farming. Ultimately, the aim of this study was to “develop more meaningful ways to communicate information to farmers about sustainable agriculture” (p. 820). This improved communication, the researchers and farmers believed, would benefit not just researchers interested in the topic but also farmers and their communities. Farmers and researchers were both involved in all aspects of the research, from designing the project and determining focus group questions to conducting the focus groups and finally to analyzing data and disseminating findings.

Perhaps one of the most unique and rewarding aspects of action research is that it is often interdisciplinary. Action research projects might bring together researchers from any number of disciplines, from the social sciences, such as sociology, political science, and psychology; to an assortment of physical and natural sciences, such as biology and chemistry; to engineering, philosophy, and history (to name just a few).

Anyone interested in social change can benefit from having some understanding of social scientific research methods. The knowledge you’ve gained from your methods course can be put to good use even if you don’t have an interest in pursuing a career in research. As a member of a community, perhaps you will find that the opportunity to engage in action research presents itself to you one day. Your background in research methodology will no doubt assist you in making life better for yourself and those who share your interests, circumstances, or geographic region.

There are various types of action research. Although the degree to which stakeholders are involved may vary across different stages of the research and dissemination process, each type is valuable and aims to accomplish shared decision-making, responsibility, and power between the researcher and the researched. I will share with you a few examples of recent research that I have had the pleasure of being involved in. 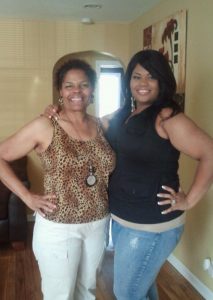 As a community organizer, activist, and Missionary, Ms. Johnson is well connected to her community in North St. Louis city. She has worked in partnership with a number of clergy members throughout St. Louis on improving the overall well-being of African-Americans for a number of years. From education to political engagement, she has her pulse on the many issues of local residents and a wide network of clergy and ministers who trust her. In 2014, I partnered with Ms. Johnson to explore clergy perceptions on religious or spiritual (R/S) related abuse within intimate partner violence (IPV). Ms. Johnson conducted more than half of the interviews (many of which occurred only because of the trust clergy members had with her, not due to my recruitment efforts). We coded the data independently and analyzed it as a team. As a result, Ms. Johnson gained the skills to conduct basic qualitative data analysis that may be applicable to her other work. The study results revealed that R/S abuse in IPV was a serious issue that Black clergy often faced in ministry. Furthermore, they desired training to help them to better prepare in responding to this problem. The project did not end at manuscript development, rather the efforts to address this issue continue as we develop and plan to implement R/S specific IPV training for Black clergy in St. Louis. 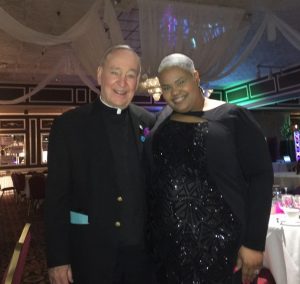 A colleague who knew of my interest in the intersection of religious faith and IPV connected me with a priest at St. Pius V parish who was looking for someone to evaluate a portion of the church’s domestic violence program.  The project combined evaluation research and action research. I sought and obtained funding tosupport the first step of a multi-phase project involving process evaluation in preparation for a longitudinal impact (i.e. outcome) evaluation. I convened a collaborative board of relevant stakeholders from different organizations and relocated to Chicago (Pilsen neighborhood) to embark upon the research. Over the course of one year, I lived in the community and collected various types of data from a variety of sources while the CCB and I developed an evaluation plan that would meet the organization’s needs. The primary research questions explored were: “What is The Men’s Group (TMG)?” and “Why do participants attend and remain engaged in TMG?” We discovered that TMG was a trauma-informed, culturally-tailored (to Latino men), spirituality and group based partner abuse intervention program (PAIP) aiming to stop violence perpetration and help participants become self-aware. Men remained engaged in the PAIP because they were met with respect by staff/facilitators, reported gaining benefits because of participation, and connected with other group members through a brotherhood. A quasi-experimental design using quantitative data is currently underway. 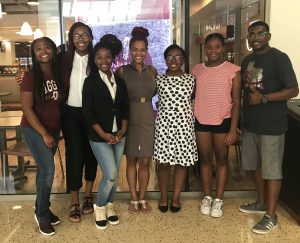 The Grand Prairie Storm Track & Field Association (GP Storm) reached out to me after their founders saw me present on the potential of hip-hop music influencing public perceptions about IPV. Our shared interest on increasing Black/African-American representation in health-related research careers brought us together. I invited high school students who were affiliated with the program to join me in examining this area, but also encouraged them to develop a set of their own research questions that they were excited to explore. We met weekly over the course of 3 months in the summer of 2019 and analyzed the lyrics of 7 hip-hop songs. The youth-led research team consisted of six Black/Multiracial young women (5 high school; 1 middle school), the organization founder/director, a PhD student, and myself. The findings revealed that hip-hop music brings awareness to IPV/A by discussing Death, Denial, Freedom, and Physical violence/various types of consequences. Partnering with the GP Storm and affiliated students (the community researchers) allowed the research team to examine research questions that were of interest to a wider audience and do so by drawing on multiple perspectives, thereby improving the rigor of the study. The research did not end here; rather next steps involve hosting a listening party as an intervention to reduce violence and acceptability thereof amongst youth and adults.

I have learned a few lessons through conducting community-engaged research that I think are worth sharing. It is imperative that you are comfortable openly discussing race and diversity if you plan on engaging in action research with communities of color. This applies, regardless of your own identity, but is especially relevant for those who are an “outsider” in terms of gender or race/ethnicity. The second lesson is that trust need not be earned once, rather you must continuously build and maintain trust in order to conduct sound research. You must also plan to nurture and intend to maintain these relationships in a humanistic manner, beyond that of “a research product.” If your intentions are genuine and you are honest with any trepidations, that plus meaningful project delivery will carry you far.

Refer to following articles for more exploration into this research: