This student-authored post by Ursula Abdala was originally published on UTA Libraries’ blog as part of Open Education Week in March 2018. 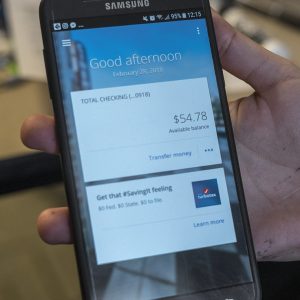 You start a semester with 700 dollars from working all through winter break.

I’ll save you the trouble of doing math: by the first day of classes, you actually have 55 dollars to last until the next paycheck. None of the books you need for class will fit your 55-dollar budget. You will have to do without at first.

And they have the audacity of wishing you a good afternoon! Dude…don’t even!

Many professors understand the dimension and reality of the “starving college student” with no safety net, but some do not.

First week of classes should be dedicated to finding out who is who in this game: who is going to open office hours for study time, who’s going to let you take their own copy of the textbook home (out of the goodness of their heart), who’s going to make their copy of the book available to read in the study area, and who is not. (It is okay if they don’t; it’s not a teacher’s job to give you a book. It just sucks not to have access to the book, as a struggling college student.)

Second week of classes is when you find out how hard the first test or quiz will be, and you panic. Dr. Smith puts up a slideshow and says, “If you haven’t done the reading for this week, you might as well leave. You won’t be able to follow this class.” You look around, no one moves. You stay, but you panic. (Try not to panic.)

Quiz on week four? Pull an all-nighter, memorize every single note you’ve made. Listen to the lectures you recorded. Drink some coffee, do your best. You could very well make an A, but maybe it will be a C, or an F—even though you studied as much as you could with the information you had access to. Sometimes it’s just not enough.

Do you drop the class, then? Take it next semester, when hopefully you will have money to buy the textbook (assuming you’ll win the lottery)?

In some cases, dropping isn’t an option and, let’s be honest, the lottery isn’t either. So instead you end up selling your rundown 2001 Buick Century. With those 200 dollars, you rent and buy textbooks after the traumatic first quiz of several classes, and you try to catch up. It is not an ideal solution; in the longterm, your Uber expenses are going to be higher than the value of your old car. But what is the alternative?

Ursula Abdala is native of Rio de Janeiro, Brazil, and currently lives in Arlington, Texas. Although her first language is Portuguese, it was in English that she found her passion for writing. Ursula is a student at the University of Texas at Arlington, where she studies Film and Creative Writing.

A Guide to OER Creation with Mavs Open Press by Mavs Open Press is licensed under a Creative Commons Attribution 4.0 International License, except where otherwise noted.